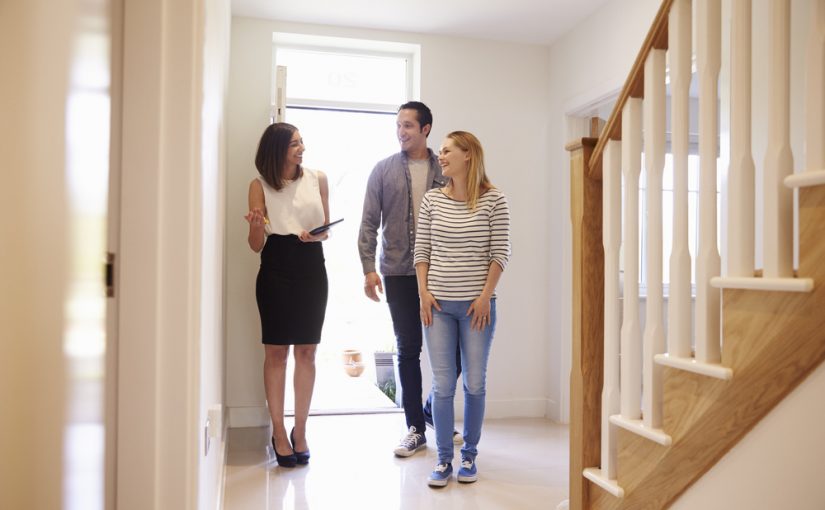 It has been hard to miss the fact that the days are getting that little bit longer, and the temperatures a little fairer lately. With the sun shining a touch more frequently, and the first sightings of daffodils here and there then there’s no doubt that spring is in the air. With the season slowly revealing itself, this is a great time to sell your home with buyers more active through the spring months than any other time of the year. Follow our tips and you’ll be able to make the most of the changing of the seasons to sell your home…

1) Spring cleaning counts
That long-standing custom of a good spring clean is something you should take to heart if you want to sell your home quickly over the coming months. Washing all of the windows inside and out so that they sparkle, and the same for your windows and doors, will make the right impression to buyers. Make sure your home reflects the fresher spring months and ensure it is clean and bright.

2) Don’t neglect your outdoor spaces
With the weather perking up, people naturally cast a more critical eye on the outdoor spaces of the properties which they are looking at. After a cold winter, it is easy to leave your garden a little unkempt but passing the lawnmower over the garden (mowing diagonally will make the space look larger) and tidying up those outdoor spaces will make your property much more sellable. Although spring is coming, we all know how unpredictable the British weather can be, therefore putting a hardy outdoor mat outside the front door as well as somewhere to pop umbrellas out of the way will save unnecessary dirt and debris being brought in to your pristine property.

3) Spring has sprung
Fully embrace the transitioning seasons by planting flowers at your door – pop a planter outside full of cheerful tulips and daffodils to put potential buyers in the right mood. Pops of colour around the home will also translate into happy and contented buyers, who are therefore more likely to make an offer. Fresh flowers in the house will also make that all-important difference and set the right tone, so fill a few vases and put them in different rooms for a consistent wow factor.

4) Accessorise to the max
A few accessories can make all the difference to the overall presentation of your property and aligning these to spring is perfect for impressing your prospective buyers. Choose soft spring colours to lighten up your rooms – throws, cushions, towels and bed linens are all easy to change over to create the perfect ambience, and you can take them with you when you sell your property.

5) Smells like a good deal
First impressions are absolutely imperative when it comes to selling your home, with research showing that buyers take only 8 minutes to decide whether they would like to buy a property or not. A fresh smelling property is exactly the right impression, so ensure that you have aired your property, and that there are no untoward scents. A sure-fire way to fill your home with a pleasant and attractive smell is to put some bread in the oven and set a homely, welcoming feel.
For more advice on selling please contact one of our local offices or book a FREE initial consultation online https://www.fifeproperties.co.uk/property-valuation/ 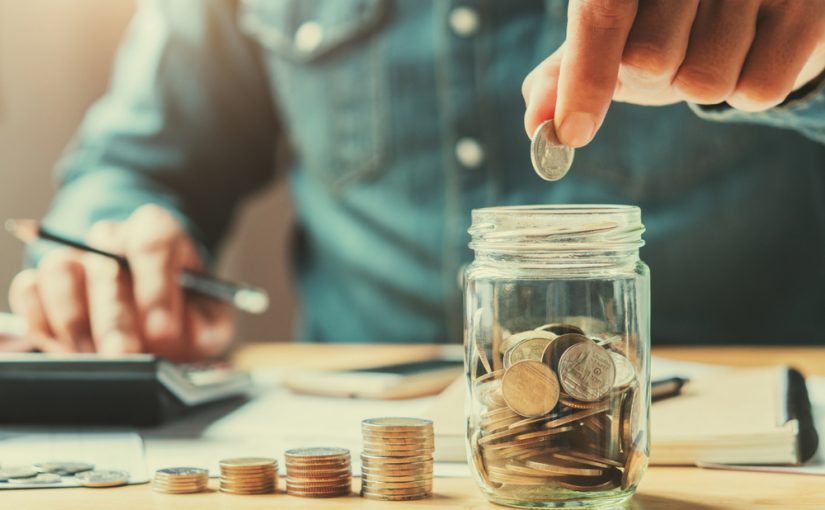 Buyer hesitancy has been a common theme over the last few years, with the affordability of housing, Brexit and a lack of confidence in the market frequently coming up as reasons for renters to stay put. It’s understandable that plenty of potential buyers are feeling a sense of unease when it comes to taking the plunge on a house, but the reality is that more and more people are putting their worries aside and searching for that perfect home, even within the current climate.

December saw a rise in mortgage approvals, for instance, and we now have more good news to share due to the fact that affordability is improving at its fastest rate since 2011, meaning that purchasing a home is more affordable than it was ten years ago.

According to mortgage broker Private Finance, the average borrower is saving £104 per month on what they would be paying in 2008, with average monthly payments falling from £804 to £700.

Whilst house prices have risen at a much quicker rate than wage growth-inflation over the last 20 years, the broker is insisting that once the initial payment is made on house, monthly repayments are broadly in line with the same levels seen 20 years ago.

“News of the UK property market’s affordability crisis is never far from the headlines,” offered Shaun Church, director at Private Finance. “What we often fail to acknowledge, however, is that thanks to falling rates, those with a mortgage today are in a similar – if not better – position than their predecessors, who owned property at a time when housing was considered vastly less expensive” explains Shaun Church, director at Private Finance.

“Homeownership can be attainable. Those in a position to buy should shop around for the best rates on the market, to ensure they capitalise on the incredibly competitive rates currently on offer. Borrowers should also consider locking into these with a longer fixed term, to cushion themselves against any further rate rises and keep the monthly cost of ownership low for as long as possible.” 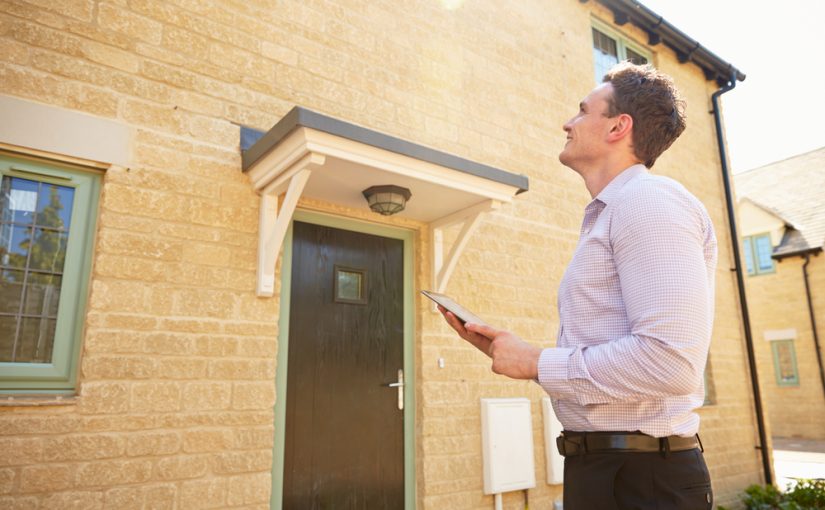 As we’re now finally closing in on 29th March, our scheduled departure date from the European Union, there is anticipation as to what Brexit will look like. In terms of property development, however, a recent study has shown that the majority of property investors are unfazed by the political upheaval and remain steadfast in their faith in the British property market.

A recent global survey carried out by SevenCapital, a leading property developer, has found that 85% of individuals who are currently investing in property around the world are investing in the UK’s property market, in spite of the Brexit furore whipped up by news headlines.

Andy Foote, director at SevenCapital, said: “These figures demonstrate that people generally recognise that there are bigger factors to consider over Brexit when it comes to the overall trends in the UK property market. Realistically, it’s the fear and the perception of Brexit that will have any effect, rather than the physical act of leaving the EU.”

“Ultimately, if the market were to take a dip after Brexit, seasoned investors will know that this would more likely be a catalyst for the inevitable swing back. The property market is a prime example of well-known cyclical patterns, growing through recovery and emerging stronger than previous peaks. In other words, if it takes a dip, as it did 10 years ago, it will recover and come back stronger.”

The survey of “High Net Worth Individuals” (HNWIs) – defined as earning more than £100,000 per year – has shown that property remains as popular as ever for global investors, with 59% investing in property, second only to stocks and shares. Out of those who responded, more than 30% of those from within the United Kingdom confirmed they were investing in UK property and, furthermore, almost a quarter actually cited Brexit as one of their reasons to invest.

With cities such as Birmingham performing impressively well post-Brexit vote, with property prices growing 16%, the investment possibilities remain strong. Moreover, the rental yields being posted by the likes of Birmingham, Manchester and Liverpool are amongst some of the highest around the country at between 5 – 10%.

Overall, the sensational headlines which Brexit has provided have been utilised well by the media as a means to engage people. However, when we look at the statistics it is evident that there are further far-reaching events which weigh more heavily on the property market, such as interest rates. With property investment remaining encouragingly high across the United Kingdom, first-time buyer activity at unprecedented levels and the pound being predicted by Goldman Sachs to be the highest-performing G-10 exchange rate this year, the property market is set for a strong and stable year ahead. 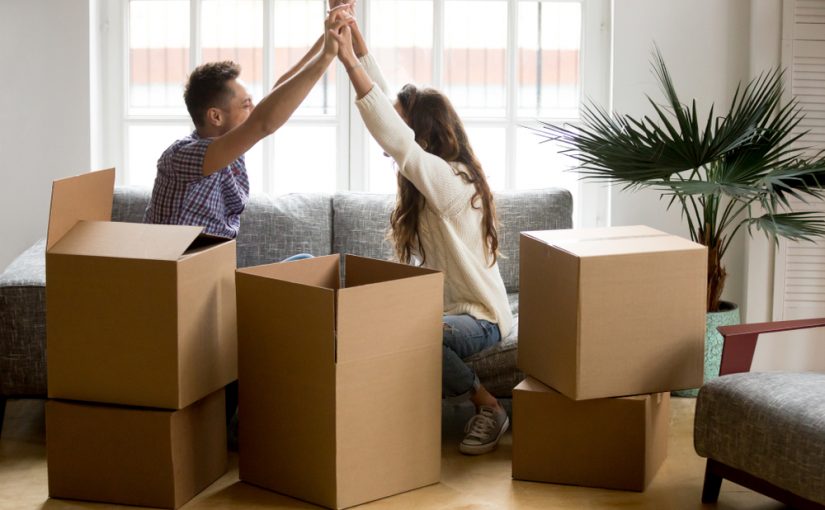 This consistent increase in the number of first-time buyers entering the property market can be seen as a result of; government schemes, greater mortgage availability and fewer rental properties on the market. Government policy has consistently targeted buyers who are keen to enter the property market primarily through their Help-to-Buy scheme and financial aid to first-time buyers, whilst competition amongst mortgage providers has brought a greater variety of finance options to the market.  Amongst these mortgage varieties, we have seen more providers offering the 100% mortgage (or Loan-to-Value) and variations thereof, thereby opening up property to more people than ever before.

“There are currently over 17,000 products available for first-time buyers.”

Twinned with the influx of mortgage varieties, and mortgages demanding a lower deposit value, is the reduced cost of these lower-deposit mortgages. The average two-year fixed rate LTV mortgage has fallen by over half a percent since last August, and big brands are also reflecting the consumer desire for LTV mortgages with Barclays, HSBC, Lloyds Bank, NatWest and Santander all cutting their rates.

Fife Properties Managing Director Jim Parker commented: “Since FTBs drive are currently a mina factor in driving the housing market, allowing home movers to find a buyer and take the next step on the ladder, this is good news for the whole market.”

In fact, the Halifax bank has recently found that first-time buyers are now so active in the marketplace that they make up the majority of home purchases bought with a mortgage in the United Kingdom. Based around the same UK Finance statistics, Halifax has found that the average price of a typical first home has jumped by 39%, from £153,030 in 2008 to £212,473 in 2018 with terraced houses and semi-detached remaining the most popular choices for first-time buyers.