Predictions for the New Year: Property Market Outlook for 2018 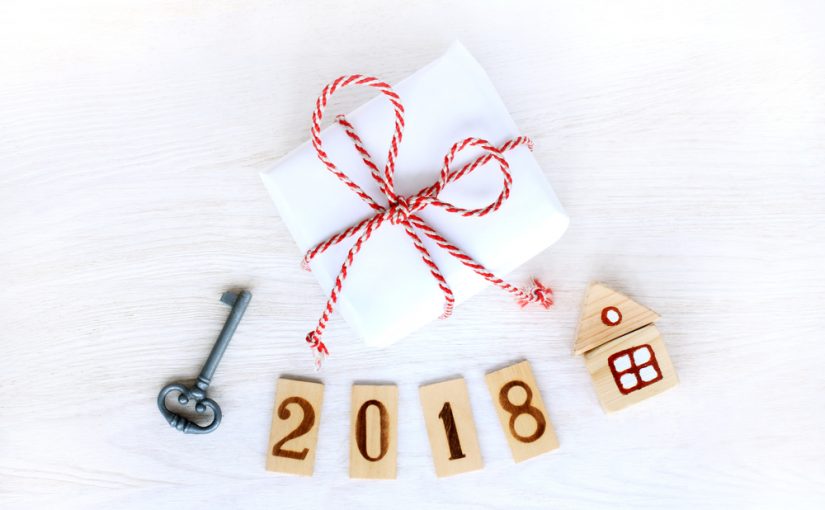 A new year has begun which means there are plenty of predictions and opinions on how the property market will perform over the next 12 months.

We’ve taken a look at a variety of predictions from sources such as The Royal Institution of Chartered Surveyors (RICS), Halifax and Nationwide to see what the general outlook is for the UK’s housing market.

The overall view seems to be one of stability and while there are not many predictions of explosive growth, the majority are suggesting a more slow and steady increase in house values over the course of 2018.

The RICS forecast suggests that 2018 will see similar numbers in activity as shown in 2016 and 2017, with property transactions reaching approximately 1.2 million.

Tarrant Parsons, Economist for the RICS spoke on the results of their research. Parsons believes that lack of housing supply in some areas of the nation could continue to have an effect on property prices and possibly curb the momentum of transactions throughout the year.

It’s not all doom and gloom for those looking to take their first step on the property ladder, as Parsons went on to say that “despite the recent interest rate hike, mortgage rates are set to remain very favourable, with the prospect of further rises seemingly minimal over the coming year. Alongside this, government schemes such as Help to Buy should continue to provide some support to sales activity.”

This view of the market is shared by Nationwide. Their forecast predicts slow growth towards 1% in the early months, but long-term reaching an overall increase between 3 and 4%.

Chief Economist at Nationwide, Robert Gardner, believes that the UK could see disparities between the regions dependant on Brexit. He said “if the financial sector is adversely affected, then the London market is likely to see more of an impact, while if manufacturing firms are disadvantaged, other parts of the country may be more negatively affected, even though valuation metrics appear less stretched.”

Not all doom and gloom

New figures from Rightmove have predicted similar growth for the UK in general. However, they have also highlighted the difference between the types of houses on the market. Rightmove expects properties with 2 bedrooms or less – ideal for first-time buyers – to rise by 3% in value in 2018, while non detached homes with 3 or 4 bedrooms – more suited for second steppers – may only see an increase of 2% in value.

A new report from Halifax reiterates the slow and steady predictions seen from other industry experts. They claim “there is little reason to expect any fundamental shift in the key housing market drivers in the immediate future”.

Halifax predicts a slightly more positive outlook for the market, with many suggesting growth of 1%, Halifax believes that 3% growth is a more accurate forecast for UK property prices.

Fife Properties Group Office Owner Jim Parker commented, “As always, there are many factors that could have an effect on the value of homes throughout the nation. The opinion from most property experts is that the market will remain stable and while prices won’t be making any huge leaps over the next 12 months, the steady increases seen over the past few years look set to continue.”